The most sacred place in Tibet is behind me. The Jokhang Temple, considered the “heart of Tibet”. I came here three times to see the pilgrims. For a tourist like myself, the show is spectacular.

The entire area in front of the temple is full of people with mattresses. They are Tibetans from different areas who come here, some because they have health problems, others when they can find the time. Out of belief… Some take a few months to get here!

The ritual I see in front of the temple is the following: they take off their shoes, they lay down the mattress, they prepare some sort of palm protection with a very precise role and they begin the prayer.

The burned herbs, brought by the pilgrims, have a very strong smell, but it’s not unpleasant. I have the feeling that the entire Tibet smells like this…

HERE I AM IN THE “HEART OF TIBET”…

I am up, in the Jokhang Temple, where there are two very old and precious statues of Buddha. No, I was not allowed to take photos. In the 7th century, the king of Tibet was a very slick guy who, among his wives took two from two different countries – China and Nepal, asking as dowry a valuable Buddha from their countries. He couldn’t have asked for some blankets and some cutlery, like a normal guy, right? J

A corner of a temple. Covered in gold? Golden? It doesn’t matter, my guide says, if they are golden or they have precious stones. What is important is what the statue, the object or whatever it is represents. The symbol, not the material.

I continue looking fascinated at the pilgrims and I realize that, apart from the religious side, the way they prostrate involves a good physical condition. Try doing this for some time.

I understand that it is ideal for a pilgrim to do this 100,000 prostrating poses every month!

Apart from the prostrating ones, I see hundreds of pilgrims who go around the temple with the “prayer wheel” in their hands. They permanently rotate it, clockwise, they count the rosary beads with the other hand and they pray in a very low voice.

But they don’t only go around the temples or the sacred palaces, but also around sacred mountains, on fairly long distances.

No matter what you go around, be it a temple, a palace or a sacred mountain, you have to go clockwise. If you go the other way around, even if it is because you forgot to buy some souvenir from the shop, people look at you in a funny way…

Among the pilgrims going around the Jokhang temple I see some who crawl. I had read about them but, believe me, when you see them, you get goosebumps!

These people go like this for kilometers! Some of them even without those palm protection that helps then slide. As far as I understand, these are people with sins or big problems.

Even more shocking, some of the pilgrims leave their homes like this, prostrating and they do this all the way to Lhasa, which can take years sometimes!!!

To give money to these pilgrims is a very praiseworthy gesture in the Tibetan society. In fact, their pilgrimage is “sponsored” by what they get from people, money or food.

I stayed for a very long time behind this pilgrim trying to take a photo of his hair ornament.

He is a very well-dressed person, neat, having his hair braided in a certain way, as you can see. I was told he was a Khampa man, from Eastern Tibet. The Khampa men are stronger and more courageous than the others. And better dressed, I’d say. J

The huge kings at the entrance of the temples, pictures or statues to which people pray, remind me of a story I heard in the Potala Palace: a king from the 7th century brought Buddhism and literacy in Tibet. He sent to India 16 students to learn a lot and come back very clever. Shockingly, however, they all died there, except for one. (A Tibetan tell me that joke, that they died from too much oxygen J)

The only survivor brought back the alphabet from the Indians, a 26 letters alphabet. As he was a smart guy, he analyzed the Tibetan pronunciation and he realized four more letters were needed – some vocals. That way, they got a 30 letters alphabet.

Any pilgrimage has its resting moments, when they, probably, make plans for the future. J

The prayer wheel is a metallic tube empty on the inside and decorated on the outside. Inside they put a paper on which a mantra or an invocation is written. When you make it go round, you practically replace the invoking of the mantra. They say that when revolving these prayer wheels (clockwise, don’t forget), the prayers are sent into thin air.

Selfie next to Dhvaja (“victory banner”), a decorative element in temples and monasteries that also plays a role of a… lightning rod. Now, that my adventure ends, I am happy about my personal victories: I resisted for five days with “reduced” oxygen, I have found out a lot of very cool things (that I hope to read more about later) and not to forget, I got the permission to enter Tibet at the very last moment. As this is not at all simple.

In March 2008, just a few months before the Olympic Games in Beijing, in Tibet there were meetings and protests (some sort of a “tradition” of the Tibetan revolts, that started with the March 1959 events and have to do with Dalai Lama, but let us not go too deep into history). In 2008, the situation was so bad, that they closed the borders. Bye-bye, see you when yaks fly! So it seems that not only the Tibetan New Year is the reason Tibet is closed for tourists in March (as I was told), but also these events…

The Chinese authorities have put tourism on hold, but in order to shut the Occidental mouths, they said: “Just a moment, Tibet is open, HOWEVER we have some rules”… A lot of rules. For instance, the tourists groups could not be larger than 5 people. And the five people had to be all from the same country. Say, what? Now, the most frequent groups are of 10 people, and you meet people from all over the world.

There was another huge scandal when a couple – husband and wife – with properties, children and all could not enter Tibet because she was a Canadian and he was an Australian… They simply could not get the permit.

For the Tibetans, this was a terrible period.

In time, things got more relaxed. They started accepting 5 people of different nationalities, then they allowed larger groups. And I understood that they opened areas that were closed for the tourists before.

However: There are still forbidden areas. You cannot go wherever you want. In Tibet you can go ONLY on an organized trip. Organized by them. With their guide. And you get the permit after describing every step you’ll take there.

Everybody says it is better to come by train to Tibet, not by plane. The adapting to the lack of oxygen is slow, as you go up. From Beijing to Lhasa it takes 2 day and 2 nights by train. Yet, I heard that there were tourists who did not enjoy the train trip either. They had terrible headaches and they could not sleep.

From the plane, I try to see Everest, but I cannot… I remember what a Tibetan said: “Thank God for Everest. This way, people heard about us…”

Everest belongs both to Nepal and Tibet. The peak is in Nepal. The difference is that from Tibet, access to it is very easy. A proof for this are the trips to the base camp, at 5,200 meters altitude. Climbing is easy, because the slope is not very steep. In Nepal, which is at a lower altitude, you have to walk for days and then, suddenly, you see Everest. The climb from Nepal is very steep.

I would have liked to see Everest, but my five days stay did not allow going to Everest too.

The best sold tour is called EBC – Everest Base Camp. It is 8 days long, and apart from what I saw, there are some other stops and the final one is at the Base Camp, at 5,200 meters altitude. You go there, you sleep there for one night, you take pictures for the social media J and then you go back. A 760 km long way.

I am terrified when I think how many kilometers I have to go to get to my home and my own bed… Four flights one after the other are for me the ultimate courage test!… I am still waiting for teleportation to be invented. J 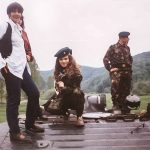 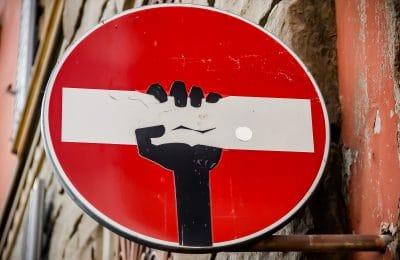 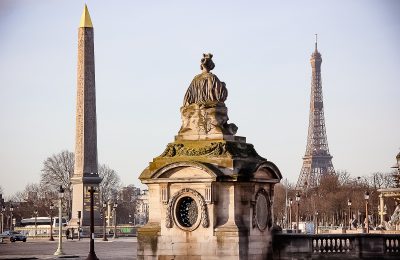 I made an ass of myself (pardon my… Turkish) in Paris!

The Northern Lights – a fascinating and scary spectacle of the sky