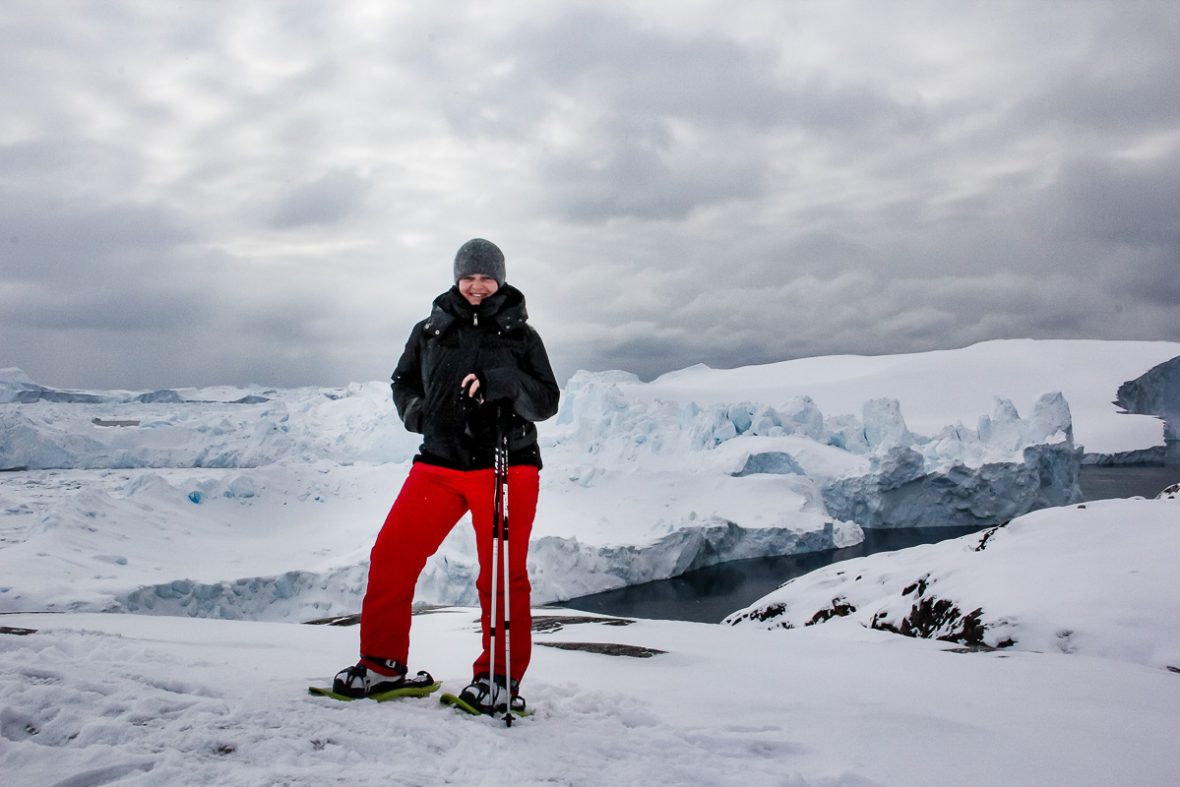 “2 hour snowshoe walk” – this is what I paid for during one more day in Ilulissat.

It looks like the path is similar to the one taken the first night in Greenland, when we went to see the Northern Lights, so the people from the Tourism Center offer me for today… a “5 hour snowshoe HIKING”!

My God! I say that no, I would not get into anything like that, since I have been somewhat of a couch potato lately… It is clear that I cannot do that and, God forbid, I might be left somewhere on the way.

However they hit me hard, telling me that, the other day, they had a 81 years old lady in the group and she walked the entire track!!! Damn! I will be a laughing stock! So I accept. Let’s do it!

When we are supposed to leave the Center, the tourists are nowhere to be found. None of the… three who had signed up for the tour did not show up. So, there I am, alone at the limits of the town, starting a private tour, practically. Because I am alone with the guide. A guide who, since there is no group, combined for me all the tracks they were taking the tourists on, so that I could see the best places.

I am very heavily clothed! I have three types of trousers, caps, that I am both wearing and carrying in my backpack, I have a very warm coat and underneath some more clothes, just as I was instructed to wear. And plenty of gloves…

The guide, a Spanish man who works here a few months per year, gives me the “rackets” we are going to wear. I will be like a penguin, walking through the snow with them…

No matter where you look, you are breathless! (Well, I am breathless from the wind too…)

A fishermen’s boat looks lost among the ice blocks.

The guide tells me that during summer, there are more icebergs and because of them, sometimes, no boat passes by, they simply cannot!

I look from up there to the huge ice blocks that I have seen from down there, during the boat trip. I remember that they are broken of the Sermeq Kujalleq glacier – the most productive one in the Northern Hemisphere! This one has a terrifying speed: it moves 20 meters every day, during winter and 40 meters during summer!

On the first height, here I am taking pictures both with the camera and with my phone. The gopro died a few minutes after our start, probably because of the cold weather. I still resist… Although I feel sweat freezing on my back. I am already fed up with how much we went up! But it is worth it.

What is fascinating, the guide tells me, is that the landscape is different each time. Every time he brings tourists here, it looks different, because the ice blocks are permanently moving.

From this stick, the UNESCO protected area begins. This means that, beyond this mark, nobody is allowed on snowmobiles, sledges, unicorns…

This is an area respected by everybody! Or by almost everybody, as the guide picks up from the snow a Coca Cola Can. There are no dustbins here, so he puts it in his backpack.

“I am glad that you like it here” – he tells me after we cross another area that involves going up and down, me breathing heavily and trembling with cold, him being very lively, me feeling that I am all wet underneath all layers of clothing, him feeling that he found a person desperate to take pictures J.

After I take hundreds of photos and I film, he shows me, on his phone, a film he made in this area a few days ago. It is nice what I see there!

But what I can see now is equally nice:

We are on the blue trail, as the paint on the rocks tells us… It is a never ending trail… And the wind is blowing so strongly, that you can feel even the boogers freezing!

I feel something different: my head is sweating! Underneath the cap, my head is all wet and, in a terrible hurry so that my hands don’t freeze, I go through the backpack and I put another cap over the first one and under the hood J.

This is sort of a ditch. In fact, it is a ditch. The only place where the wind is not blowing… Here, protected by the stone, in the snow, we have to have lunch, in the middle of the expedition. We have sort of an instant soup. It is so cold, that I don’t really feel like eating anything, so I choose to go on, not to stop.

During the next photo session, the guide takes out of his backpack a chocolate (included in the price of the hike), meant to give me more energy. But how can I eat it… It is frozen! It is like a rock! I felt my teeth will be broken after the first try, so I gave up.

We start walking again, me like a penguin, and the guide tells me that we no longer have to ascend. Yey!

Summer gives something more to these walks on the paths: the contrast between the green hills, full of flowers, and the white of the icebergs. Now, everything is white, on the sea, on the mountain… But this does not spoil the surreal beauty of the landscape!

I look at all the ice and I remember, amused, that I tried to find some juice that was not frozen, at room temperature. No chance. In the supermarket, you can only find them in the refrigerator. In the restaurant, they bring it with ice. And even if you find some at room temperature in a supermarket, you go out with them, at 10-15 below zero and they instantly freeze hihi.

I could have the leading role in the film “How can you scare the wild animals J”, since I put on one more cap, after we go some more.

I feel my brains freezing, so I forget about “style” or even a “human face” and I wear everything I have: the grey cap, the first one, over which I have the hood from my sweater, then a wool round scarf and finally the hood from the coat.

On our way, we see a warning. The terrible part is not what is written there, but… how you can read the fourth word from the Greenland language J. Ulorianartorsiortitsisinnaavoq. There you are! Take this…

I find out this means “it can be dangerous”, “it may cause harm”.

When I see the wooden chalet, where I understood the Finish is, I can no longer stop. I am like a robot!

I walked the entire track!!! The long, blue one, combined with some other part. This is a five hour hike that we did in 4 hours 15 minutes! (Not because I was very fast, but because we did not stop to eat, I think…)

A car takes us, I am left at my hotel, because I simply have to unglue the wet clothes…It is like a sauna under the first layers of clothes!

I am so happy that I did this, as if I beat some sort of a world record! I look at photos while trying to get dry and I know for sure that if I were at the beginning of the trip now, here, where I was making faces because of the light, relaxed and not a bit tired, I would no longer have the courage to take this trip. It is difficult if you are not trained, like me…

That is it, I have told you about all my adventures in Ilulissat, Greenland. Now I will start making a guide J)). It is good for me to remember how I got there, what I ate, what I bought and so on.

Until then, you can read about my dog sledge adventure here.

The night tour to see the Northern Lights, here.

The boat trip among the icebergs is here.

The flight in the helicopter over the glacier, right here. 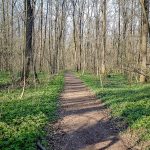 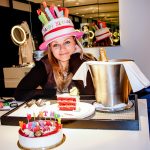 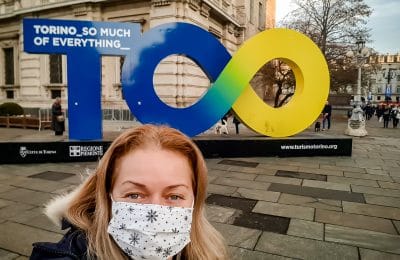 Turin and the Shroud of Jesus 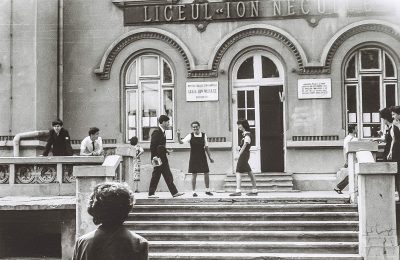 How did you experience the Romanian Revolution in 1989? 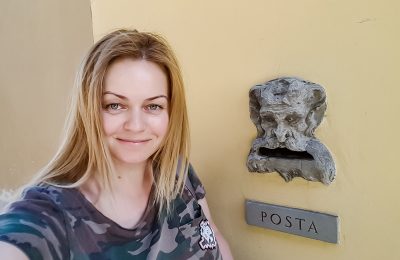